Chesa Boudin is failing all of us. He doesn’t hold serial offenders accountable and has released them from custody without consequences. Most San Franciscans do not feel safer than they did a year ago, and enough is enough.

Have you been a victim due to Chesa Boudin’s inaction? Share your story today and contact us at info@safersfwithoutboudin.com to learn more about how you can get involved in helping make our city safer.
RETURN HOME
Share your story
Rong Xin Liao 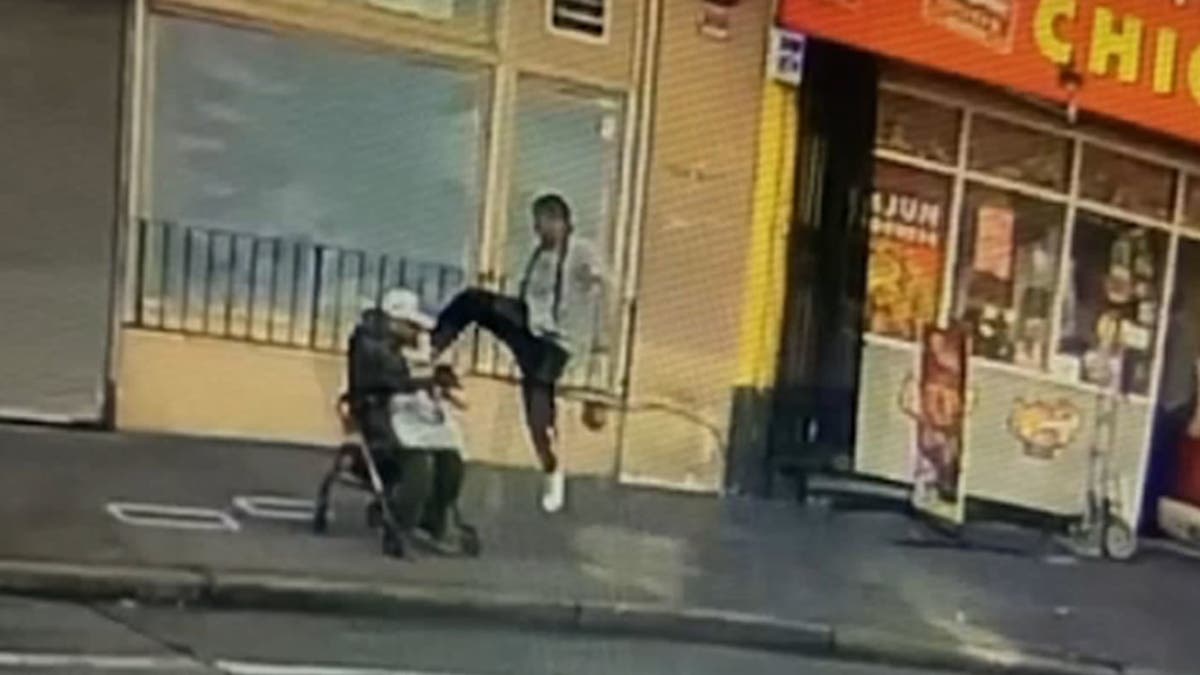 In February 2020, 84-year old Rong Xi Liao was kicked out of his seated walker onto the ground in San Francisco's Tenderloin, while waiting for the 31 Balboa bus near the area of Eddy and Leavenworth Streets. Liao said he blacked out, needed six stitches, and spent four nights in the hospital. The accused attacker, 24-year-old Eric Ramos-Hernandez, spent seven months in jail and was then “diverted” - meaning instead of being prosecuted for the crime, he returned home and is getting mental health treatment. The Liao family has said that the San Francisco District Attorney’s office kept them in the dark about what was happening with the case, and used Rong Xin Liao’s age and lack of English language skills to misrepresent his wishes in order to avoid prosecuting Ramos-Hernandez. 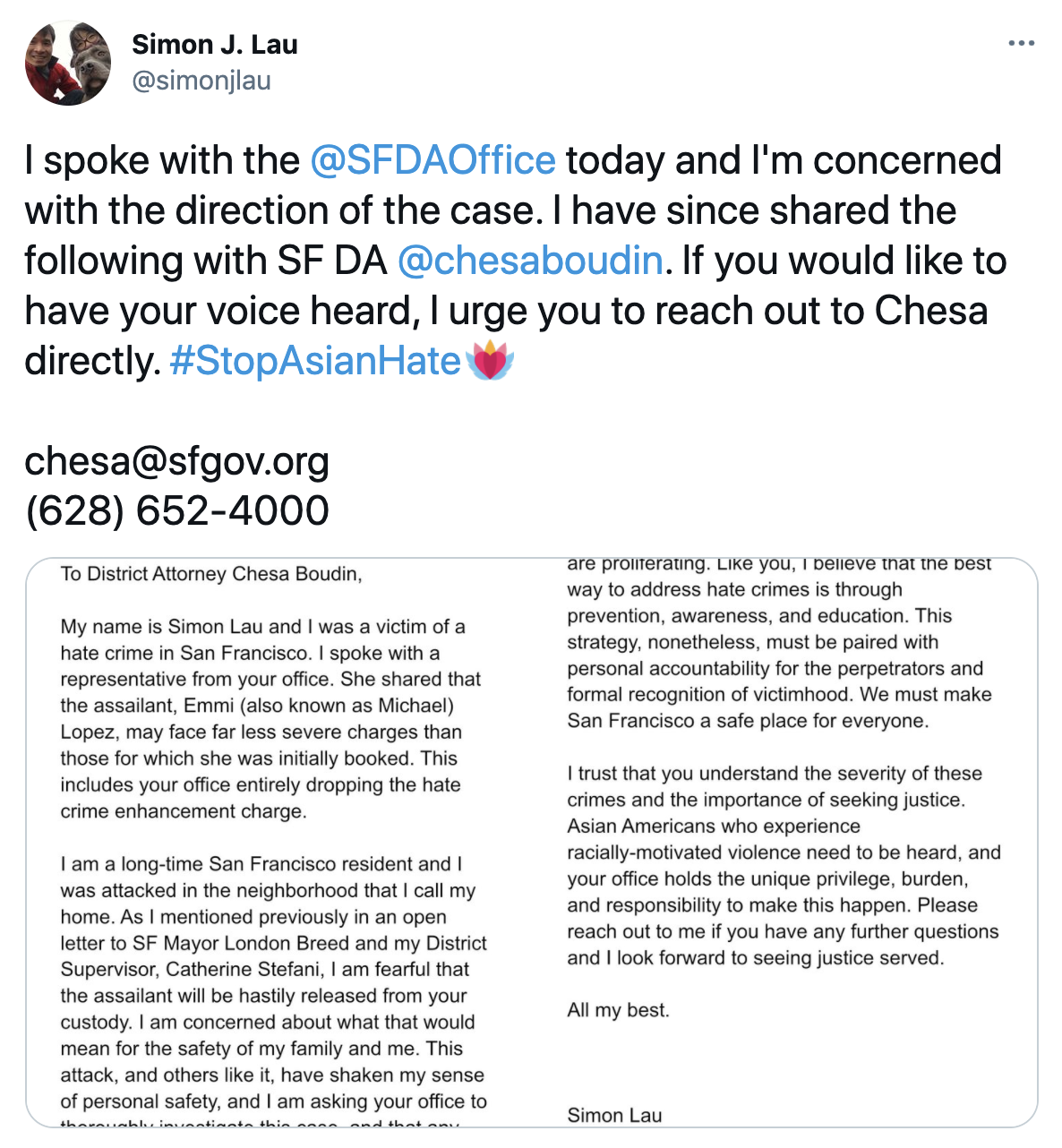 Simon Lau was attacked on Polk Street by a man he saw attack two Asian women and another Asian man. He urged the city to investigate the crime and its possibly racist intent. When Lau followed up with the San Francisco District Attorney’s Office, he was told the assailant may face farless severe charges than those for which they were initially booked by police. 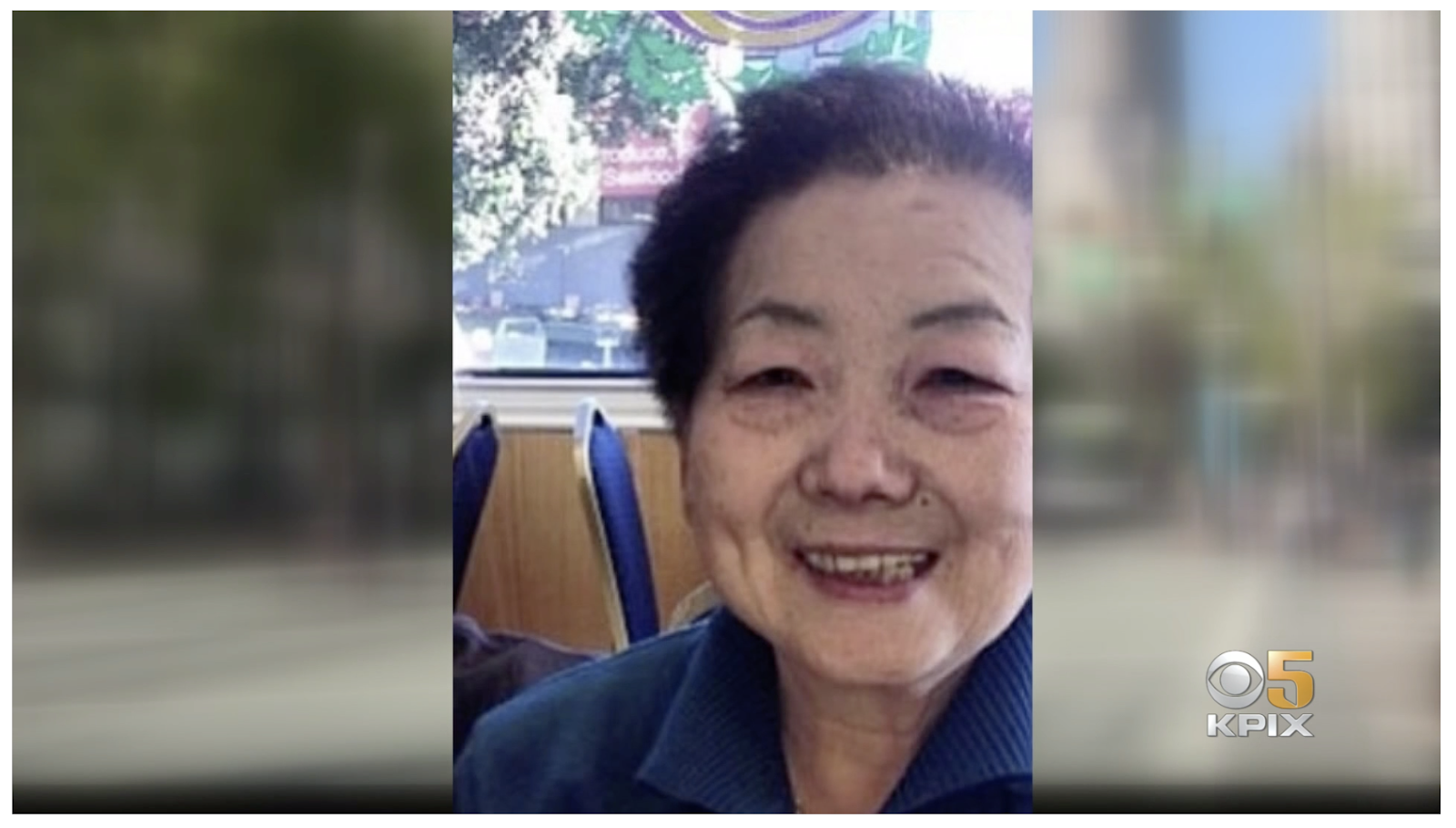 Chui Fong Eng was one of two Asian American women stabbed in the Mid-Market area while waiting for the bus in May 2021. Witnesses say the attack happened in broad daylight and that the assailant walked away afterward. Eng suffered life threatening injuries and underwent surgery at Zuckerberg San Francisco General Hospital.

Patrick Thompson, 54, was charged with assault with a deadly weapon and elder abuse for the attack, with sentencing enhancements for great bodily injury, great bodily injury on elders and personal use of a deadly weapon. He was arrested in 2017 and sent to a state mental hospital after being found incompetent to stand trial. In 2018, Thompson was sent into a state mental health "diversion" program that provides "intensive, court-monitored treatment and services," according to the district attorney's office. A judge allowed him to be released from the program after nearly two years. He wasn't charged with any new offences. But he was arrested on warrants for missing court dates, including in April 2020, when he also was found to be in possession of a drug pipe, according to prosecutors. 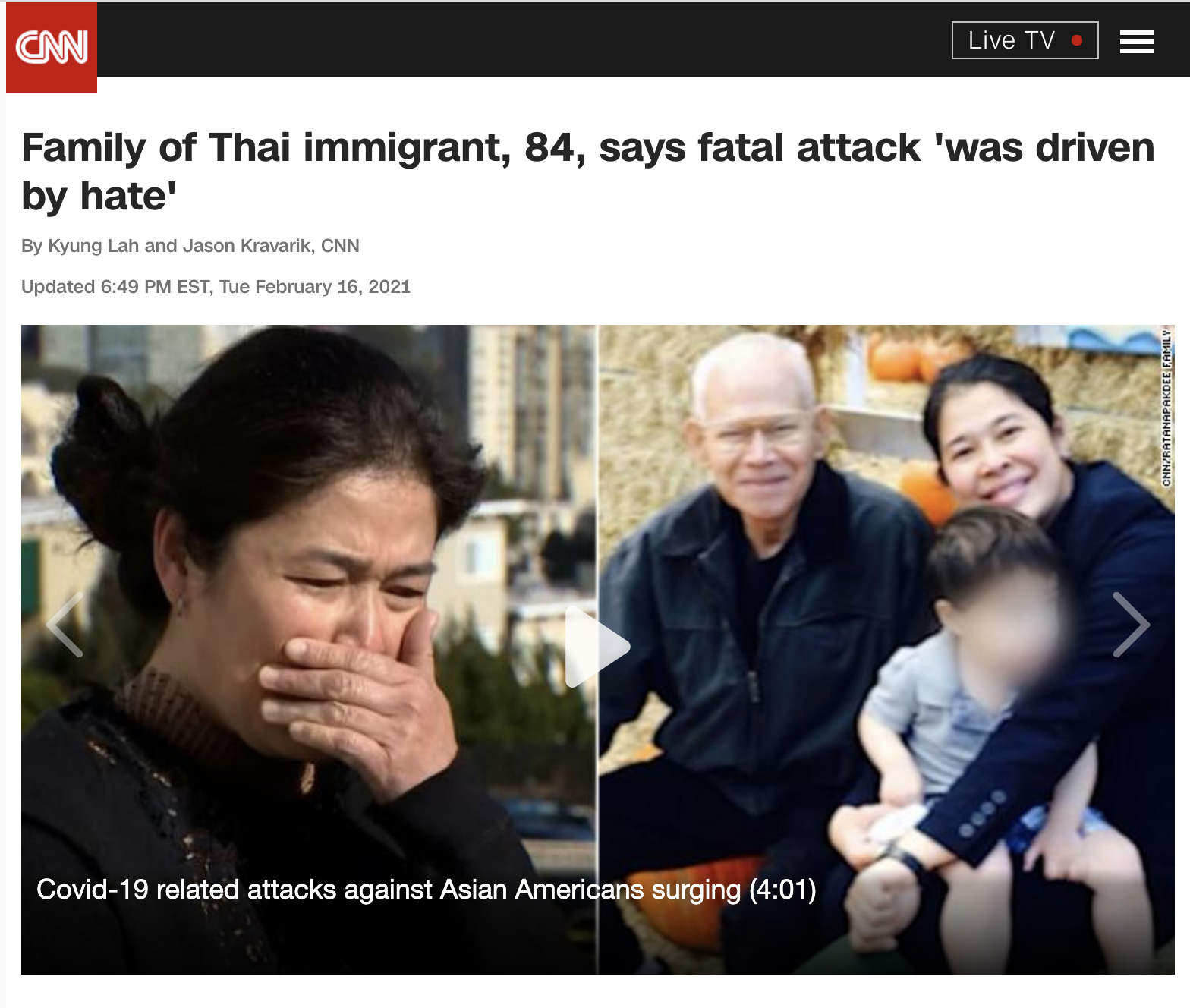 An 84-year-old immigrant from Thailand, Vicha Ratanapakdee, was walking in the Anza Vista neighborhood the morning of January 28, 2021 when a man ran across the street and violently shoved him to the ground. A police officer found him on the street, and he sustained brain hemorrhaging. Ratanapakdee never regained consciousness after the deadly assault. A 19-year-old man was arrested on suspicion of murder and elder abuse in the case. 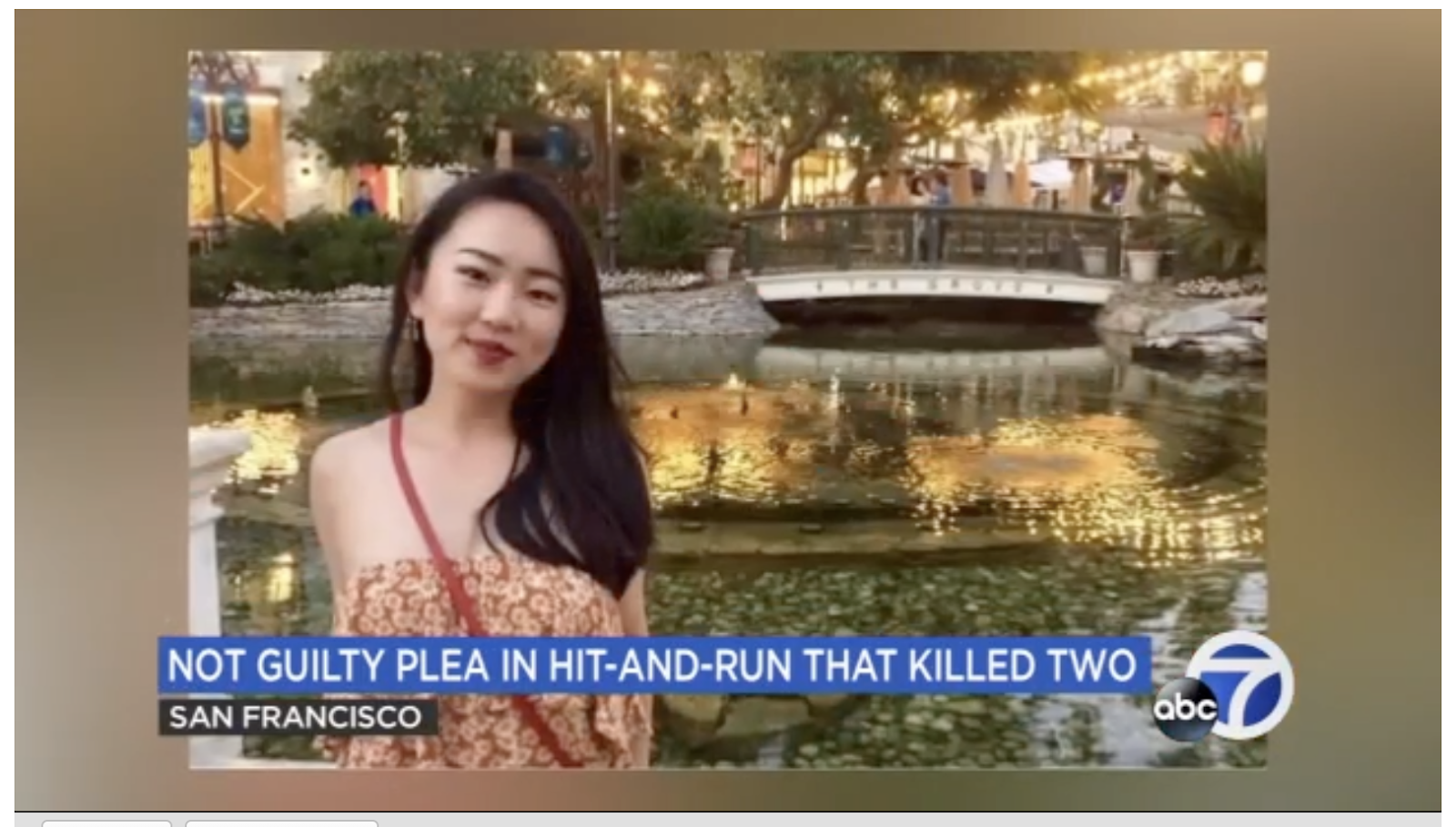 Hanako Abe and Elizabeth Platt were in a crosswalk in San Francisco's SoMA District at the time of the hit-and-run that claimed their lives. San Francisco police say Troy McAlister, who is on parole for robbery, was trying to make a getaway after committing a burglary and hit and killed the women. The tragedy has sparked outrage as San Francisco Police Officers Association President Tony Montoya says McAlister should have been in custody. The California Department of Corrections and Rehabilitation tells ABC7 News that none of McAlister's numerous arrests following his 2020 release resulted in criminal charges filed by District Attorney Chesa Boudin. 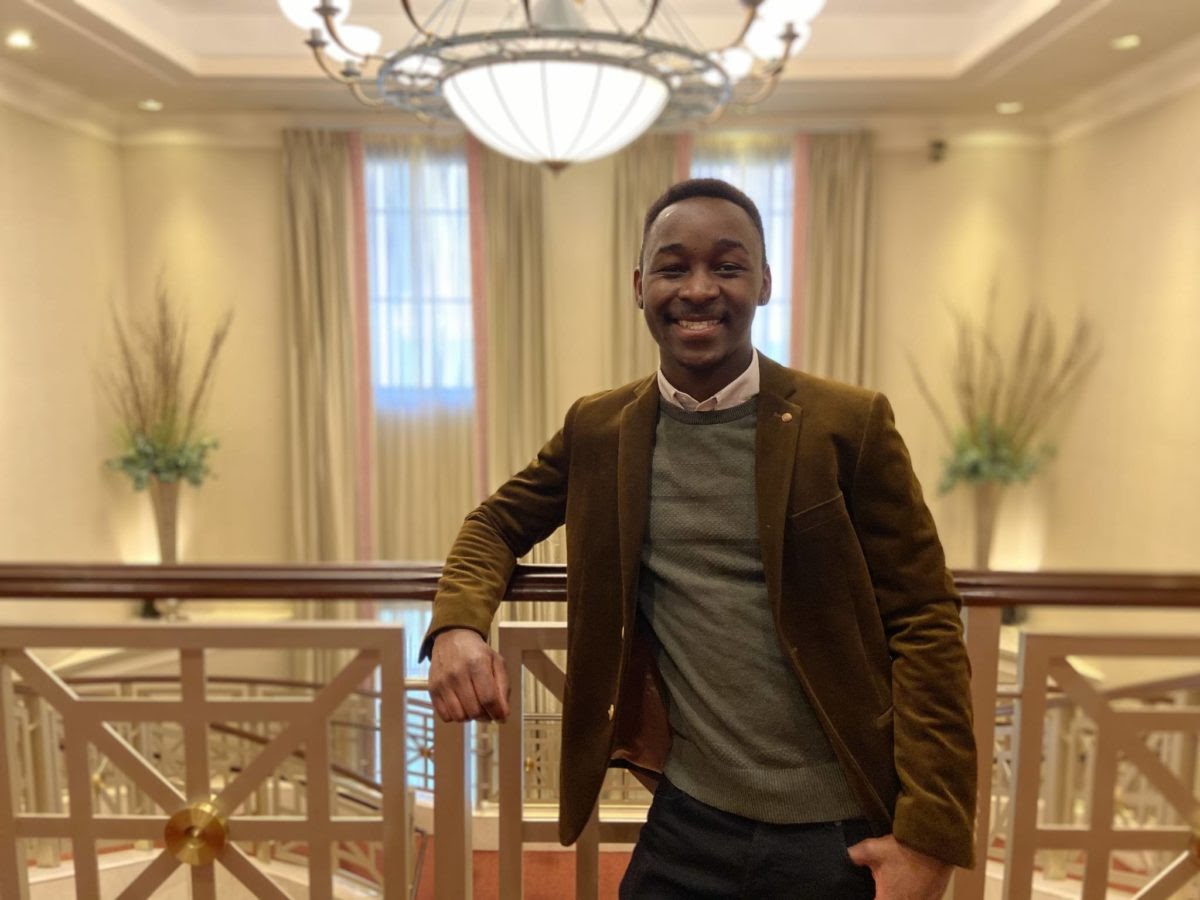 Sheria Musyoka, 26, was killed in a hit and run near Lake Merced. Musyoka leaves behind a wife, Hannah Ege, and their 3-year-old son Theo. He and his family had just moved to San Francisco from Connecticut 10 days prior to his death.

Police have arrested San Francisco resident Jerry Lyons, 31, on several charges in connection with the crash including vehicular manslaughter, felony hit and run, driving under the influence and driving a stolen vehicle. He was allegedly driving a 2003 Ford Explorer reported stolen out of San Jose at the time of the crash at Lake Merced Boulevard and Higuera Avenue, which involved eight vehicles and injured four other people. Lyons was on probation in both San Mateo and San Francisco counties at the time of the collision and has arrests dating back more than a decade, court records show. He was released from state prison last April after serving a four-year state prison sentence for grand theft and has been arrested at least five times since then. 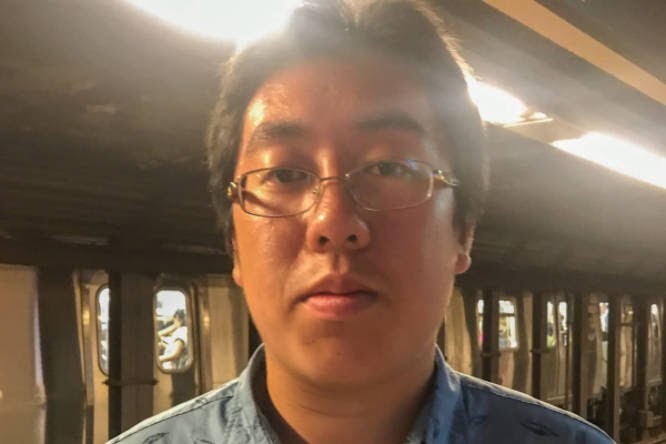 Kelvin Chew, 19, was shot and killed while on a walk near his home in Portola in May 2020 when two men allegedly tried to rob him. Chew was the son of a working class Chinese immigrant family. He enrolled at City College of San Francisco after graduating from Balboa High School, and planned to study computer science and engineering at UC Santa Cruz that fall.

Fagamalama Pasene, 26, and Zion Young, 19, were arrested and charged with murder and attempted robbery, according to jail records. Zion Dwayne Young has been caught up in the legal system since he was a juvenile. By the age of 16 he was already committing robberies. In October 2018, at age 18, Young was arrested in Marin County for trespassing, assault with a deadly weapon, and having an active warrant for his arrest in San Francisco. Just over a year later, in December 2019, officers took Zion Young into custody in Hunter’s Point and charged him with obstruction, receiving or concealing stolen property, addict in possession of a firearm, possession of ammunition, convicted felon in possession of a firearm, and carrying a loaded firearm in public. Then-District Attorney George Gascon dropped the charges, and Young was freed.

In February 2020, San Francisco police saw a silver Toyota with no license plates parked completely on the sidewalk. They found Zion Young in the passenger seat next to the driver, Fagamalama Pasene and a young woman in the backseat. Officers saw a glass pipe commonly used for smoking methamphetamines with residue. They cited Pasene for having no license plates and parking on the sidewalk. When Young reached toward the floorboard, officers asked him to exit the vehicle. He took off running and jumped a fence, where a witness told police they saw him toss a gun. Officers located a loaded .38 caliber gun and eventually took Young into custody. A records check revealed Young had a prior “felon in possession of a firearm” charge. He was booked on 11 felonies related to firearms, but, according to former SFDA spokesperson Alex Bastian, the charges were reduced to one misdemeanor gun charge and Young was released on an ankle monitor. 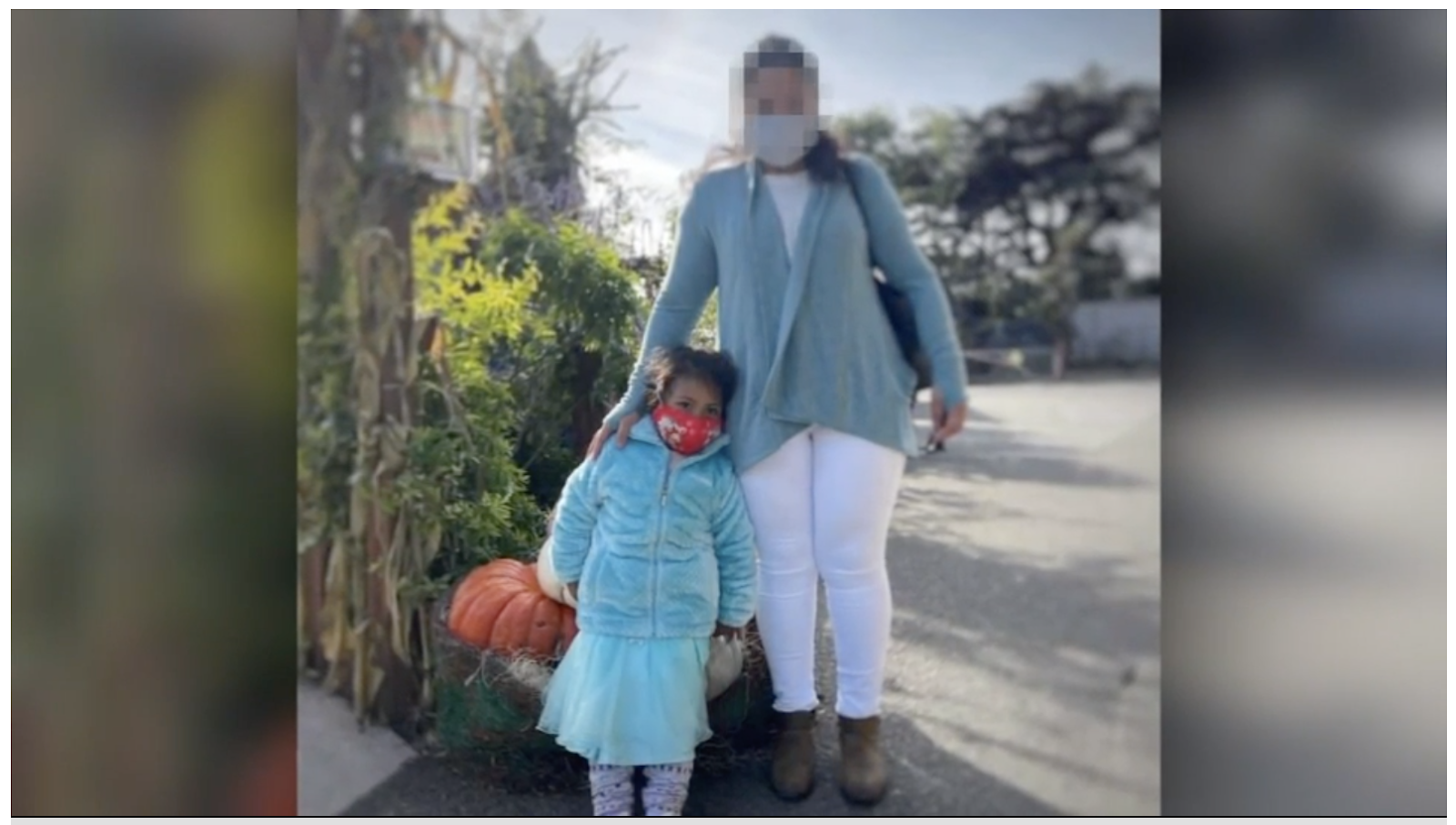 San Francisco mother, “Valeria”, who was kidnapped and attacked while on a jog in Potrero Hill and managed to get away. Allen Stewart, 25, was arrested for kidnapping and false imprisonment in her case. A few months before, in late November 2020, Stewart was arrested for raping a woman in a SOMA parking garage. Multiple sources confirmed to reporter Diom Lim and Stewart's court appointed counsel that he was wearing an ankle monitor at the time.

JOIN OUR EFFORT
Thank you! Your submission has been received!
Oops! Something went wrong while submitting the form.